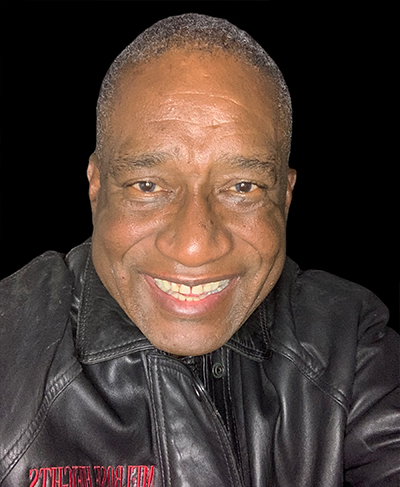 Curtis Williams is someone you might at first think is shy. But his eyes sparkle as he takes it all in– observing the people, the setting, the feeling, the light. He is not at all shy when it comes to putting people together, directing a shoot, and getting the best out of those being exposed or transformed by his photography. From lips to landscapes, he paints with light and shadows.

He has seen the tough side of life, growing up in a poor section of Los Angeles. But no matter where in the world the street is– South Central, St. Louis, Chicago, New York, Paris, Milano, Munich or Stockholm– he has street smarts. Already as a kid in a neighborhood somewhat akin to the one in Spike Lee’s “Boys in the Hood,” his eye was trained to see the beauty, the passion, and the pain in his surroundings. He learned at an early age that if you can “capture it” in a photograph you can transform it.

It was the generosity of a mentor who recognized his talent and sent him to the prestigious Art Center College of Design. He graduated with honors. After launching a successful career in advertising with clients life Young & Rubicam; Grey, Foote, Cone & Belding; Coca Cola, 7-Up, Kraft Foods, McDonald’s, Goodyear, Michelob, and being a “regular” in magazines like Vogue, Elle, Viva, Marie Claire, People, he wanted to repay his benefactor.

His “angel” asked only that the young phenom use his talents to encourage others. He has never lost sight of that first commitment. He has also produced an autobiographical film project entitled “Born Rich”– The World of Curtis WIlliams, juxtaposing the wealth of diverse experiences with the many personal obstacles he has faced along the way.

Williams likes to explore the essence of the human spirit and is as fascinated with qualities of light on film as a painter like Flemish artist Peter Paul Rubens was on canvas. “I actually owe a great deal to Rubens.” says Williams. “The 17th century master used light and color to explore the inner strength of women. I like to capture the emotional power of women, immersing the viewer in a common experience of love and joy.” From the girls with Rubenesque figures to the svelte runway world, Williams spent about half of his time in Europe, and was a favorite photographer of fashion maven Wilhelmina. He is described as “a truly prodigious talent working in what can be a narcissistic industry, who is refreshingly humble. He says “There’s a reason the lens is focused away from the photographer. It’s not so much about us, but about what we can do for others. If there is beauty to be captured, and if I have the ability to capture it, it is a gift from God. My job is to capture, interpret, and present.”

Currently Williams combines his marketing and creative talents as Publisher, Executive Editor, Art Director, and Photographer-in-chief of Melrose Heights Magazine, “an upscale and truly original magazine.” The publication weaves a rich tapestry of culture, information, and the arts, and seeks to create a better world by drawing people together around the stories of people who are involved, inspired, and trying to make a difference. He is a quiet friend of many representing a wide range of experience– from Director of the Harvard Foundation’s Dr Allen Counter, to Quincey Jones, to Debbie Allen, Diane Baker, and so many others.